Understand Thin Film Solar Panels Before You Regret It

Solar Panels That Start Out Thin

Thin film solar panels are entering into the solar energy space as the newest type of solar panels.

These new energy producers are a versatile, viable and cost-effective form of solar panel. Solar power is considered to be the cheapest energy source in the world. Thin film solar panels costs are less because they cheaper to produce and their panels are lighter and flexible.

Renewables are moving into the world of mainstream energy sources. Some people wonder how solar panels, which provide clean, quiet, environmentally sound energy, are efficient and effective, can still be so inexpensive.  Thin film solar panel technology is changing that high price perception.

Earlier thin solar panels were made of thin slices of crystalline silicon from monocrystalline and polycrystalline silicon ingots but this newest form of thin film silicon uses better technology and is going to expand the number of portable applications for solar within the renewable energy industry.

What Are Thin Film Solar Panels?

Thin film solar panels are made of the thin film solar cell materials. These devices are made from physically flexible solar cells and are designed to generate electrical energy by converting light energy into electricity.

That is done through the photovoltaic effect in a layer composed of micron-thickness photon-absorbing crystalline silicon material. Layers of silicon (the light absorbing material used in a solar cell) that are about 350 times thinner than any standard silicon cell used in a solar panel are deposited over a flexible substrate.

Amorphous Silicon is the most used technology for making thin films after Cadmium Telluride. It uses similar manufacturing technology to that which is used to make standard silicon wafer panels.

Amorphous Silicon is more durable and more eco-friendly than Cadmium Telluride as it is less toxic, but it is also comparatively less efficient. It is typically only used for small load applications.

Copper Indium Gallium Selenide is a type of semiconductor, which under laboratory settings has reached efficiency levels around 22 percent. However its in-field results have only achieved 14 percent.

At this time the laboratory performance metrics are not possible at scale. Copper Indium Gallium Selenide is more expensive to manufacture than the above mentioned two so it’s not used much in the field.

Because of its efficiency and versatility, it is deployed in unusual environments using large-scale installations of PV energy. Cost is its limiting factor, albeit this technology is more often used in the manufacturing of satellites and spacecraft’s solar panels.

Thin film concepts started very small in the 1980s being used in watches and calculators that needed tiny amounts of energy. With the enhancement of thin film technology, its potential uses also increased significantly.

A major advantage of thin film solar lies in its flexibility, which helps it being installed on curved as well as flat surfaces and in building-integrated photovoltaics.

Thin film solar panels have the advantage of being flexible, durable, lightweight and semi-transparent. These features give thin film panels the potential to revolutionise how power is generated and used around the globe. For example they can be adhered to building windows that face the sun and passively reduce light and heat from entering the building while generating electricity. 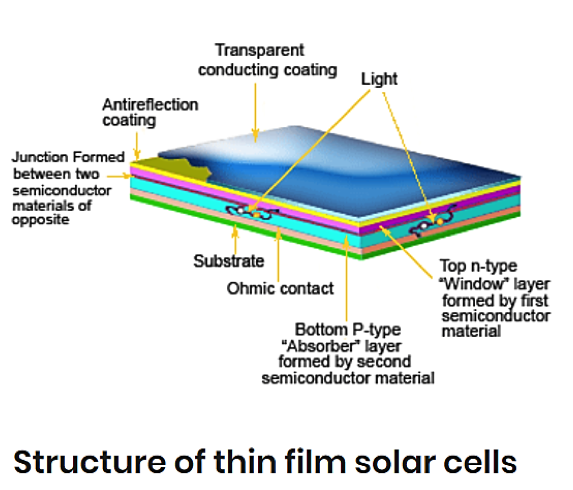 The basic substance used in making a photovoltaic cell is the semiconductor materials silicon and others mentioned above. Semiconductors have properties of being insulators, but do also act as conductors when heated or combined with other substances to conduct electricity.

In a PV cell the n-type and p-type materials are placed as separated layers with a junction layer in between. In the presence of light, many electrons are dislodged from their positions by photon impacts, which cause a direct current to flow across the junction. This current is used to power electrical appliances.

The application of these photovoltaic substances can vary and be made yet more versatile by using different substrates. These photovoltaic materials are used in combination to achieve better results for generating electricity as compared to just using one substance.

However, this is a developing technology and therefore is not as mature and well known as other panels. It is projected that within next ten years, as the technology advances, more thin film solar panels will be commercially viable in many more applications.

There is the future possibility of any flat or rounded surface using flexible, thin film solar panels as a covering to generate electricity. This creative application is one of the greatest advantages and also the most exciting one. A thin film solar system could be adhered to the roof of a motorhome and similarly in other transport vehicles to follow the vehicle's surface profile.

For traditional solar panels you need to keep them in direct sunlight as much as possible, avoiding the shade. These thin film solar panels absorb a significant amount of sunlight depending on the photovoltaic materials used and tend not to be as affected by shade.

The manufacture process depends on different photovoltaic substances such as copper indium gallium selenide, amorphous silicon, and cadmium telluride. So, unlike the traditional solar panel, thin film solar panels are not dependent on quality molten silicon ingots for production.

For manufacturers, producing this type of thin film solar panel significantly reduces the time in production.

The thin film solar panels are uniform and lightweight; therefore a great advantage for you to install at your home. Compared to other panels, these have a homogenous appearance. 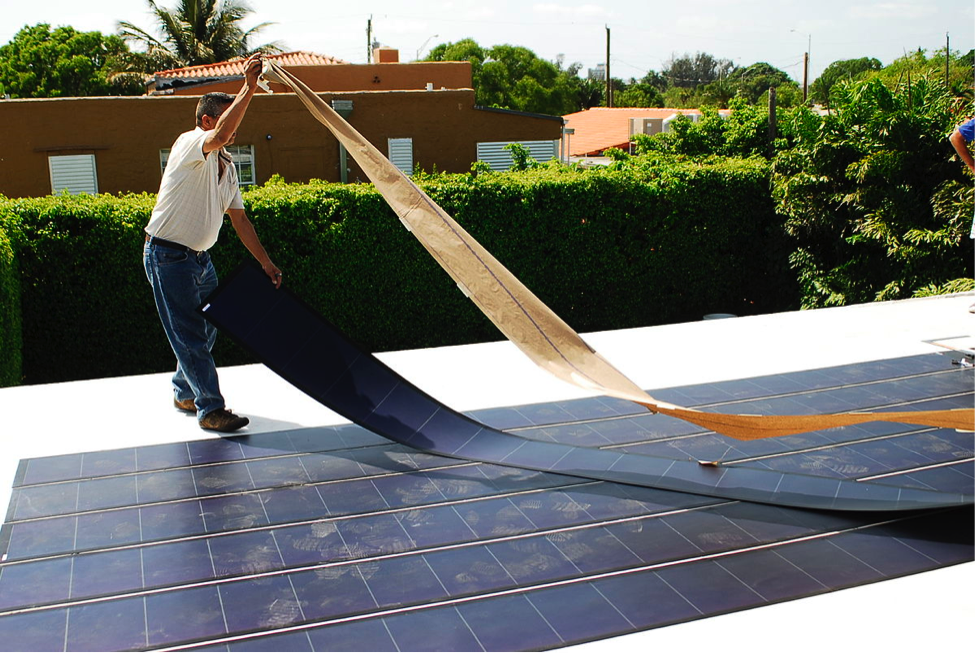 Thin film solar panels are not as efficient as monocrystalline or polycrystalline solar panels. Your reality might be, like most people, that you have a home with a finite and limited roof space.

Compared with monocrystalline panels that could mean thin film solar panels covering double the area, which might mean covering your entire roof area.

The thin film panel solar panel technology is quite new so it is not as mature or well known as other traditional (rigid) solar panels. It will take quite some time and much more advancement in technology to get thin film applications to the same percent efficiency.

The manufacturing process of these thin film solar panels uses many chemicals, a lot of which are toxic and quite dangerous. For example, cadmium is an incredibly harmful chemical. Users and installers want confirmation that exposure to the panels will not affect the person installing it and the place where it is installed.

There is a sales and marketing description of thin film solar panels as shade tolerant. A solar panel needs sun for its functioning. If there is continuous full shade on your panel then it won’t get sun light power and therefore won’t generate electricity.

These thin film solar panels are a ‘low light solar panel’, meaning that there is some power output even when sunlight is not available at 100 percent.

A much larger area of thin film solar panels will be required as compared to the monocrystalline silicon panels. The cost of installing the panels increases with area because the installation now requires more roof brackets and wiring hardware, more installers’ time and care. Yes, the lower cost for thin film solar panels needs to be much lower because there are offsets due to the installation add-ons.

The manufacturers of thin film solar panels have making their panels competitive and cost effective as a key objective. They need to reduce the overall installed price per watt to make it more cost competitive as a capital investment compared to other traditional panels.

What Is The Future Of This Technology?

Its important for the solar power industry to continue developing innovations like thin film solar panels. Also, when the manufacturing technology improves, the prices of solar panels made from thin film technology have reduced. This fall in price has been significant over the last few years.

There is research across a number of universities to find better materials and processes to manufacture thin film photovoltaics. At the University of New South Wales, Australia, (UNSW) there is ongoing research to develop more efficient thin film panels. An Engineers Australia’s e-magazine 'CREATE'  article highlights this research to develop more efficient solar panels. The panels are made as sulfide kesterite (CZTS) using copper, zinc, tin and sulfur, which the researchers say are relatively plentiful and reasonably priced resources (compared with existing thin film PV materials). Another benefit of these new components are that they are not toxic.

Many people are beginning to give opinions that soon the prices would reach the point where there would be no further reductions. However, the costs of thin film solar panels for commercial use, which are being manufactured in massive production factories, could conceivably continue to fall.

Click on the button below for more information about thin film solar panels.

Feel free to comment in the box below. We hope you enjoyed it and love to have feedback on our posts. 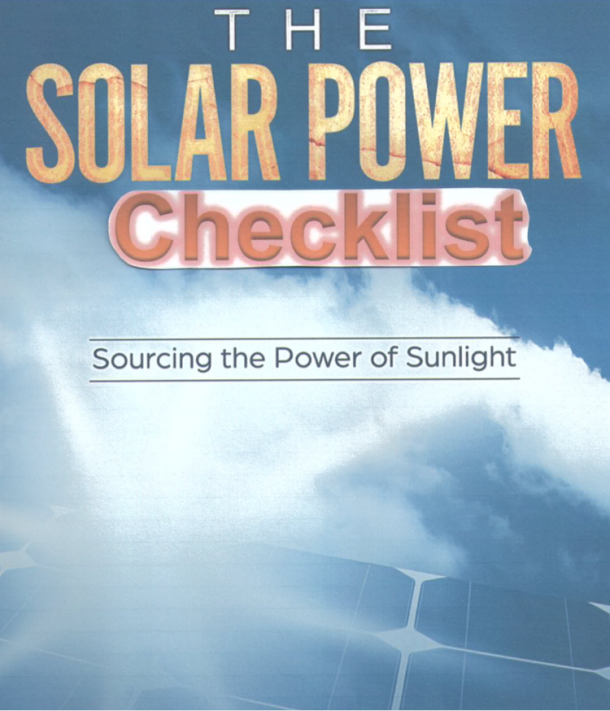 This Checklist covers the things to consider when investing in a Solar PV system.

Your Information Is Safe With Us 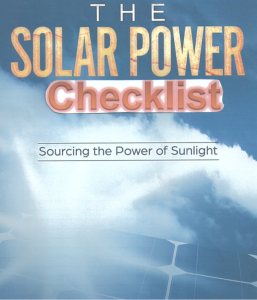 Please enter your email and get the FREE Solar PV Checklist!

Enjoy your FREE copy of the Solar PV installation Checklist!

SunPowerSource.com May the sun always be shining on you.

Get your FREE Checklist

Put in your email and Click to receive the Checklist from our team.

We use cookies to ensure that we give you the best experience on our website. If you continue to use this site we will assume that you are happy with it.Ok